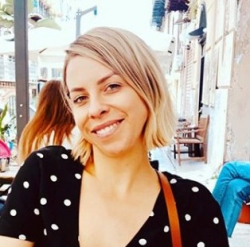 Jodie Chiffey
Anti-Filler Advocate at Art of Grill
Jodie discovered her passion for grilling when she realized how much filler she was able to eliminate from her diet by grilling. So, she began to devote herself to learning more about grilling and mastering her grilling technique. Now, she spends most of her time outdoors grilling non-processed foods and enjoying fresh food on her plate.

When it comes to grilling, finding the best meat for grilling is a problem we all sometimes face. Sure, everyone loves a juicy burger or a piping hot sausage, but if you want to be remembered as a true grill king, why not try grilling a steak?

Two of the best and most popular steaks are the T-bone and the ribeye – but out of T-bone vs ribeye, which one should you choose? Well, you’ve come to the right place if you’re looking for some expert advice. Sharpen those steak knives, fire up the grill, and read on to find out which is better for you out of T-bone v ribeye.

Before tucking into the meat of the article (excuse the pun), let’s take a look at some of the critical differences between T-bone vs ribeye. Main Differences Between T-Bone vs Ribeye

The main differences between T-Bone vs Ribeye are:

T-Bone – Everything You Need To Know 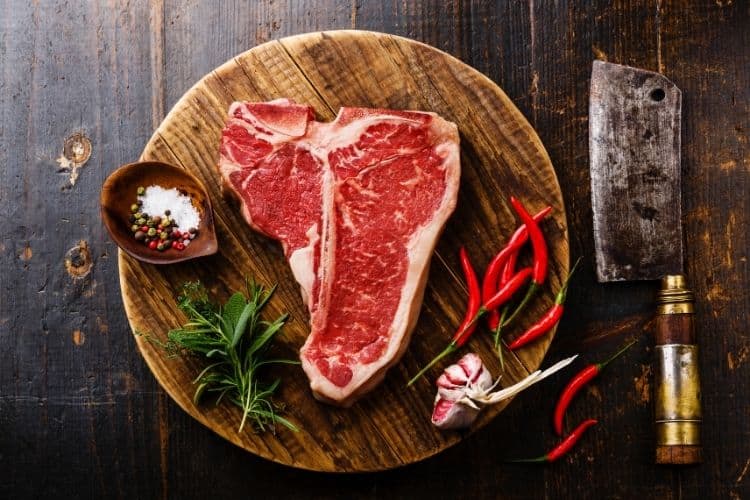 You may not know it, but you’re currently in the presence of royalty. The T-bone steak is truly the king of the steak and is often regarded as one of the finest steaks that money can buy—with an exquisite blend of tenderloin and New York strip steaks (which itself is a rival to the ribeye), joined by a juicy bone that gives these separate chunks of delicious meaty goodness a glorious buttery flavor.

Check out our guide to T-bone steak if you’re looking for more about this succulent slice of steak.

So what does a T-bone steak look like? As we’ll find out, mistakes can be made with this magnificent meaty marvel – as it has a very similar competitor vying for the crown.

Featuring a beautiful piece of New York strip, then the utterly iconic T-bone itself, and then a lovely piece of tenderloin on the other side, the T-bone is the steak for the ravenous carnivore, or for that special someone.

However, you’ve surely noticed by now that there’s another steak on the block which looks like an imposter to the T-bone. The porterhouse steak is cut from the short loin as well but at the back end of it.

This means it is made up of the same cuts of steak as the T-bone and even features the iconic ‘T’ shaped bone. So what’s the difference between a porterhouse and T-bone?

Many restaurateurs and the like will market their porterhouses as T-bones and vice versa – but now is your time to shine and to show your knowledge! 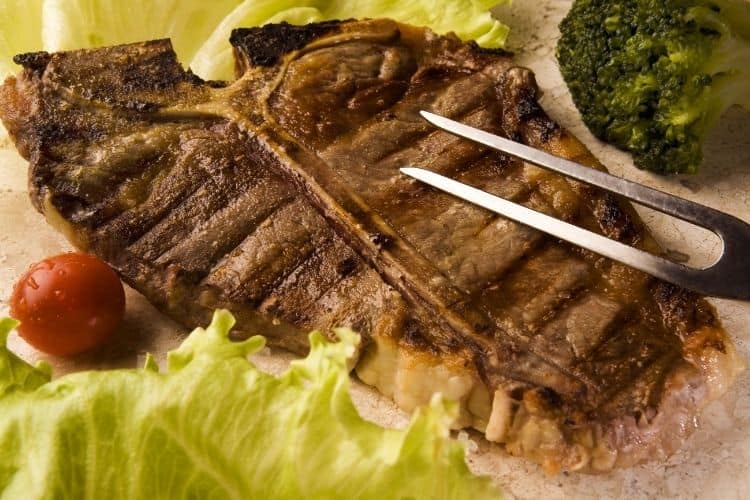 The beauty of the T-bone is that you have not one but two different steaks on one plate. This means that you get two different flavor profiles and two other eating sensations – the tenderloin has the more subtle flavor but is terrifically tender. In contrast, the New York strip has a good bit of marbling and fat to give it a fantastic beefy flavor.

This sounds like the steak for me! But before we go any further… How much does a T-bone cost?

Here’s some good news for you steak fans. For what you get with this magnificent hunk of meat, you don’t have to break the bank. On average, you can pick up a good-sized T-bone for $25 – it averages out at roughly $12-$13 per lb. So if you need a protein fix for one, it’s not an earth-shattering price and is also very reasonable if you’re feeding 2.

How do you go about cooking a T-bone?

You might think that a T-bone is just any old steak, and sticking it on the grill will sort it out. But that’s no way to speak about the king at all! The bone can create some issues when it comes to cooking, so follow our guidelines to make sure you get the most out of your T-bone:

Ribeye – Everything You Need To Know 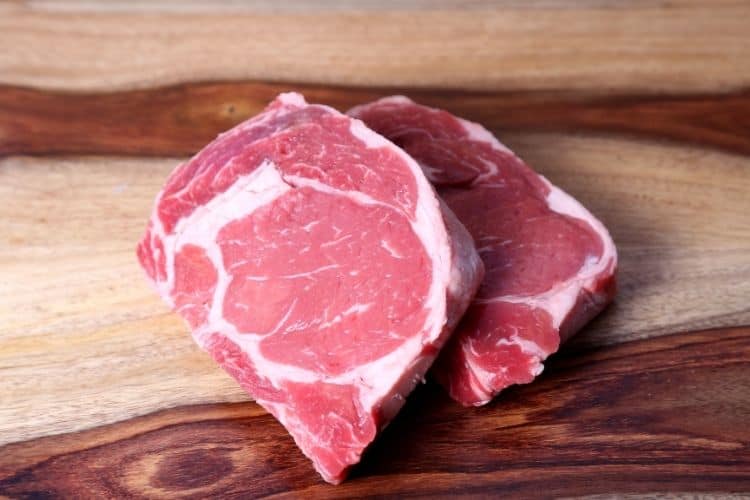 No self-respecting steak lover would be able to sleep at night had they not tried a ribeye. An absolute icon of the steak world, the ribeye has been a mainstay of steakhouse menus for decades, and good reason. Beautifully marbled, with a good rind of fat on one edge, it’s absolutely delicious and as tender as anything. No need to break out the fancy cooking techniques or seasonings with this impressive cut of meat. Natural marbling and a fatty cap make it stand out as one of our most tender, juicy cuts.

With so many cuts of steak out there, how can you tell which one is a ribeye? Well, the name itself can give you a few handy hints! Cut from the cow’s rib area, it features some gorgeous fat marbling, with a swirl of fat in the middle of the piece of steak that resembles – you guessed it – an eye!

Sometimes, the ribeye’s perfection leads to it being called the ‘beauty steak’ – and when you get an excellent ribeye, this name holds up as it truly is everything you could want from a steak. 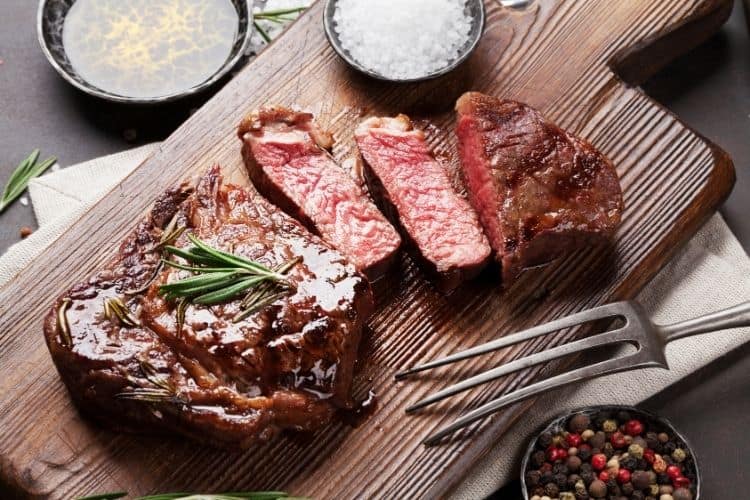 Some people get scared off by steaks that have a bit of extra fat visible. Some people don’t realize that those delicious steak flavors are only present in steaks because of the fat content.

The ribeye is no stranger to fat, but the glorious rim of fat and that stunning marbling you get on a ribeye give the meat a delicious buttery flavor. Rich, delicious, and tender, it’s everything that you could ever want from a steak.

How much will a ribeye set me back?

With quality comes cost. Unfortunately, this absolute beauty of a steak doesn’t come too cheap, which can be sad news for all you grill kings out there wanting to devour a delicious ribeye. It’s worth disclaiming that beef prices fluctuate and change almost daily, so you may end up paying less or more than what we can quote here!

On average, you’d be looking at spending around $15 per lb for a boneless ribeye and around $13 for a bone-in ribeye. If you’re looking for a larger or better cut, you can easily spend anything upwards of $20 per lb so that it can add up quite quickly.

No need to break out the fancy cooking techniques or seasonings with this impressive cut of meat. Natural marbling and a fatty cap make it stand out as one of our most tender, juicy cuts.

I’ve splashed my cash for a ‘beauty steak’ – how do I go about cooking it?

The ribeye is a versatile steak to cook and can be cooked up in several different ways – from broiling to using a skillet to popping it on the grill. Whichever way you cook it, make sure it’s over high, dry heat – this will get a gorgeous crust on each side and keep the inside juicy and tender!

Having brushed up on the principles of grilling, here are our top tips for grilling your ribeye:

Are there any alternatives to Ribeye and T-Bone?

These two titans of the steak world won’t tick everyone’s boxes – some people aren’t a fan of bone-in meat, or having too much fat, for instance. Here are some great alternatives if you’re looking for something a little different. 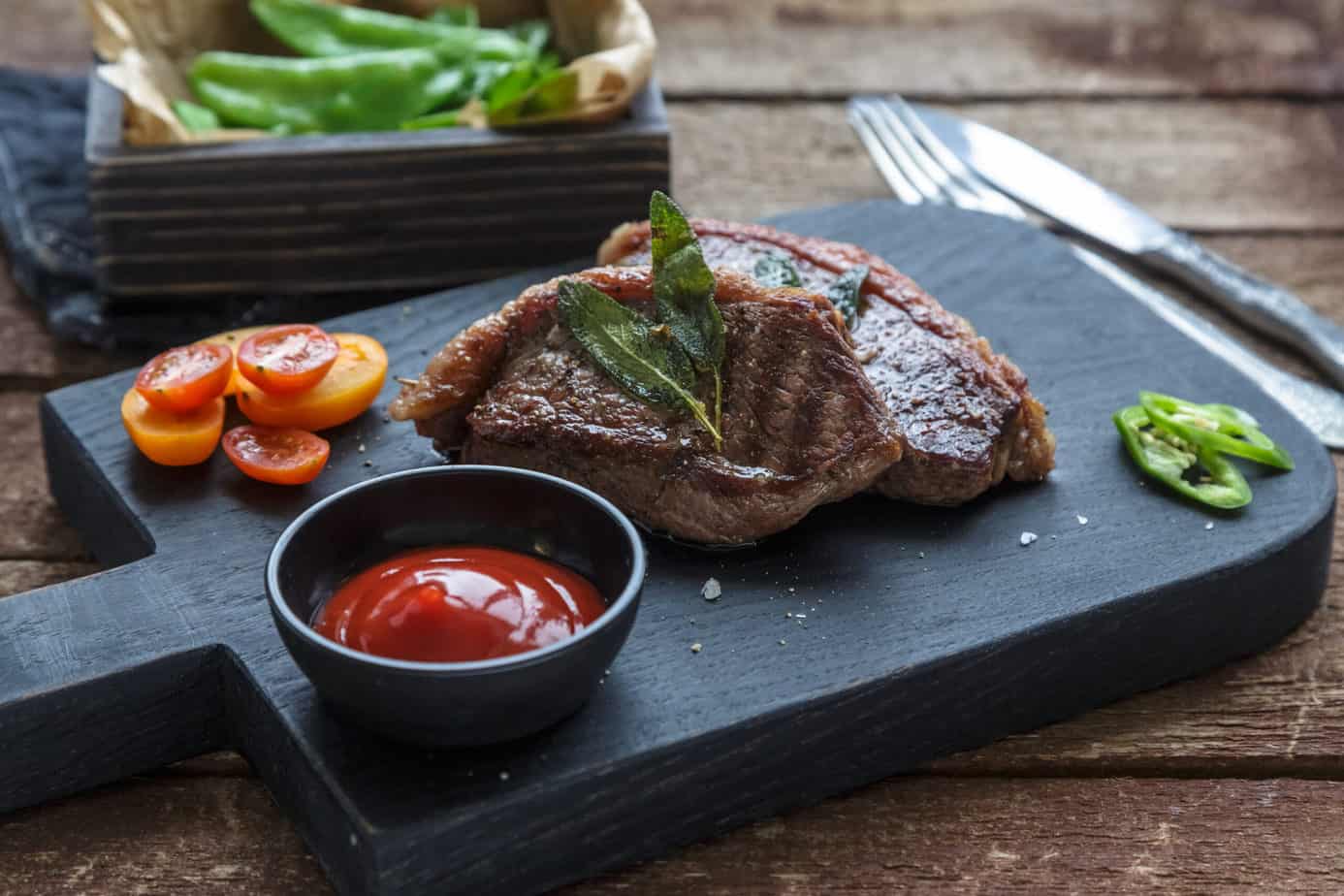 A bit of a newcomer to the steak scene, this Brazilian cut has proved itself to rival the ribeye.

This is lean, meaty, and flavorful, this one put up a good fight against brisket.

Tomahawk steak is an absolute showstopper that’ll leave you the talk of the town and the envy of all, you’ll want to study up on our guide to tomahawk steak before taking the plunge.

Let’s have a look at some of the most frequently asked questions about T-bone vs Ribeye.

Question: Which one is the most tender?

Answer: This is a tricky one – the T-bone, of course, has the tenderloin attached to it, which is often seen as one of the most tender steaks in the world, but if you get an excellent ribeye, that can be as tender as butter. So sadly, there isn’t a correct answer here!

Question: Does a T-bone have more meat on it?

Answer: Yes. A T-bone is effectively made up of two cuts of steak with the namesake T-bone in the middle – giving you almost twice as much meat as a ribeye.

Question: I’ve heard that ribeye steaks can sometimes be tough – why is this?

Answer: Ribeye steaks are often cut with the muscle, and sometimes the ribeye may end up having a well-used or tougher muscle attached. This can result in a slightly tougher steak experience.

T-Bone vs Ribeye – The Final Verdict

So which one is best for you? Well, that decision is for you to make, dear reader! Both these cuts are delicious, and if cooked properly, they’ll leave a lasting impression – whether you cook them for someone else or if you’re just cooking for yourself!

At the end of the day, we’d have to choose the T-bone. It’s just got a bit more to offer than the ribeye, plus it is ever so slightly cheaper, meaning you get more for your money. Whether for sharing or for solo, it’s hard to beat.

Let us know which one you’d go for in the comments! The most convenient way to shop life-changing meat. Delivered on your schedule, every 2, 4, or 8 weeks. Get 10% Off your first order using code: RAISEDBETTER10.

Get 10% Off Now
We earn a commission if you make a purchase, at no additional cost to you.